CAO Budaka Elly Piwang has called upon both the politiical and technical stakeholders to sensitise the community of Suni on the benefits of the solar power piped water system inorder to avoid any futur hindrance.This follows a number of projects where communities have turned their backs against government programs as a result of other factors.The call was made last evening during the site handover meeting for the construction of a solar  power piped water supply in Suni in Lyama T/C targeting 1242 beneficiaries.CAO also informed members that most of the distribution pipes will pass in their gardens henceforth costly to repair a pipe when damaged."The success of this project is dependant on you which implies that you need to embrace it,"CAO emphasised.He also tasked the contractor to use the available labour within the locality and as well pay them reasonable wages.He appreciated government for thinking about the people of Suni best evident by a number of projects offered to them.The project manager who doubles as the District Engineer Charles Mugweri,informed members that the contract sum is UGX273,228,934 spearhead by Eng.Anthony Baryomunsi, the Director M/S Karf Aqua Engineering Solution Ltd.According to the District Engineer,the contract is to commence this week with all works accomplished by March 2022 however,the works are behind schedule due to the delays caused in wait for the site handover.He added that the piped water system will be done in a phased manner with Lyama T/C in the first phase followed by Tademeri and Kachomo among others.He explained that due to the power expense ,the system will use the 42 solar powered panels to run.He also said the owner of the land will not be given any money but rather taps.He added that the community will over see the solar panels ,taps and other property."The system will have five tap stands of which 01 will be for Suni P/S ,02 for the trading centre and 02 for the otehr members.While giving his remarks,the contractor informed members that the land size of 20x30m will be demarcated and fenced for the project.He warned the communities against confusing the land owner in quest for money from him.He also requested for maximum cooperation from the communities for the success of the project.Katiooko Constance,the Town Clerk Lyama T/C then appreciated the Land owner David Mukwana for donating the land for the construction works.She also requested the team to agree on the areas where the pipes will pass for safety purposes.Mayor Lyama T/C, Jamada Muwandiki also urged the responsible office to make early payments for the smooth running of the project.The representative of the District Chairperson,George Mukamaba in his conclusive remarks warned communities against lagging the project behind.He asked the contractor to involve all categories of persons in the site works without segregation.Lyame T/C is one of the LLG's that have benefited from a number of government programs since 2018 when they received a borehole among other projects and now the solar piped water system which clearly shows the extent to which service has been brought closer to the people. 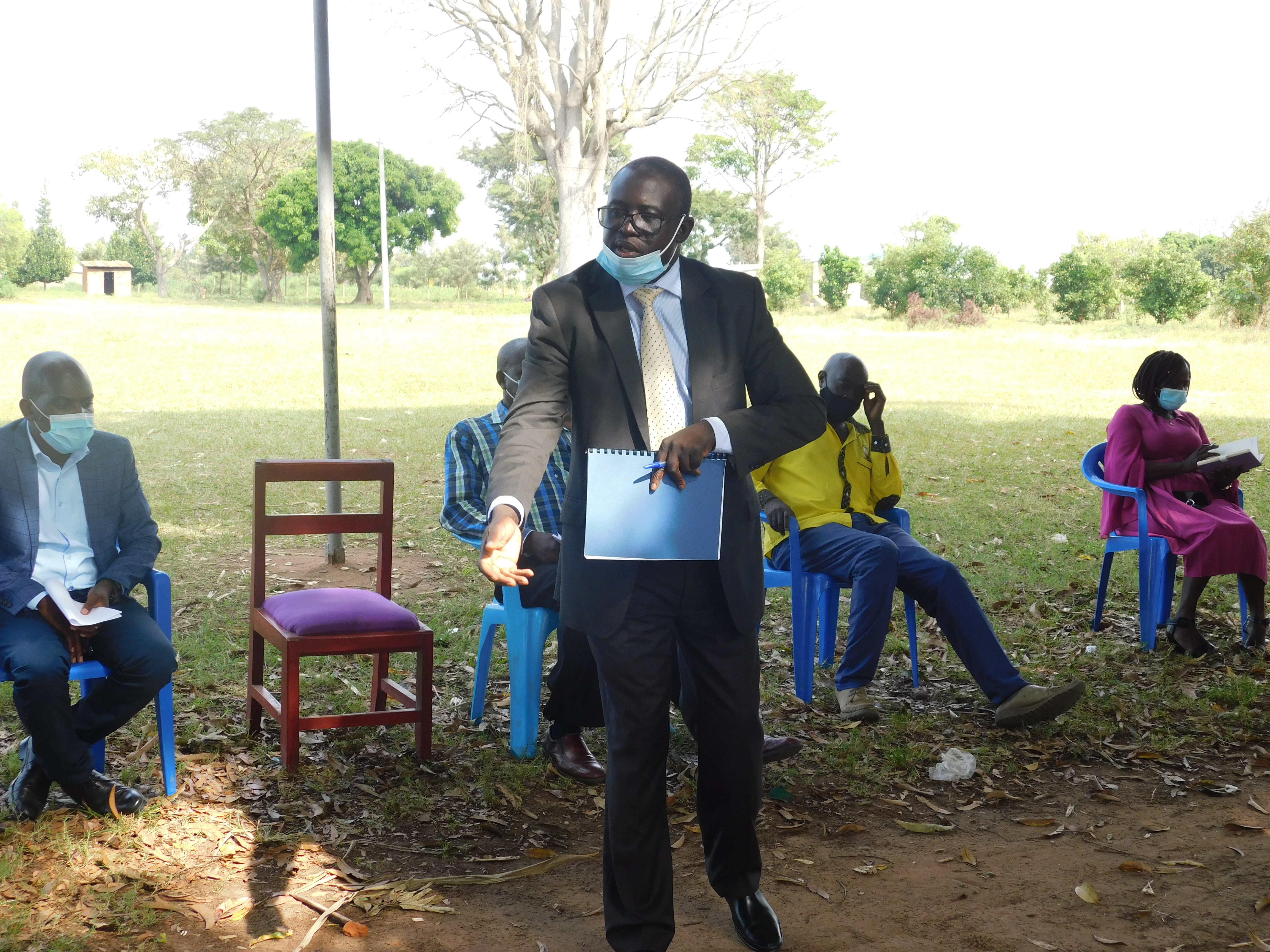 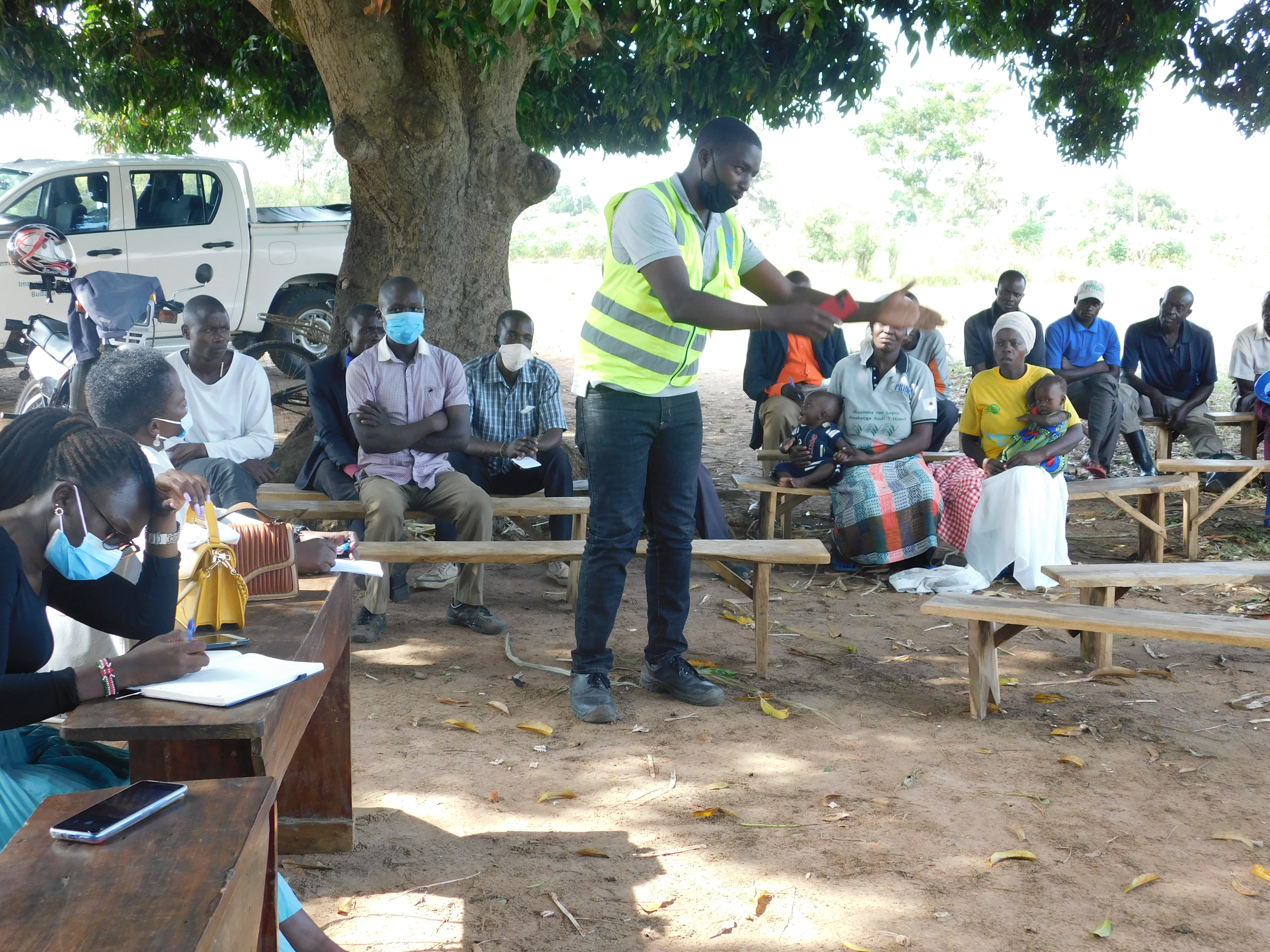 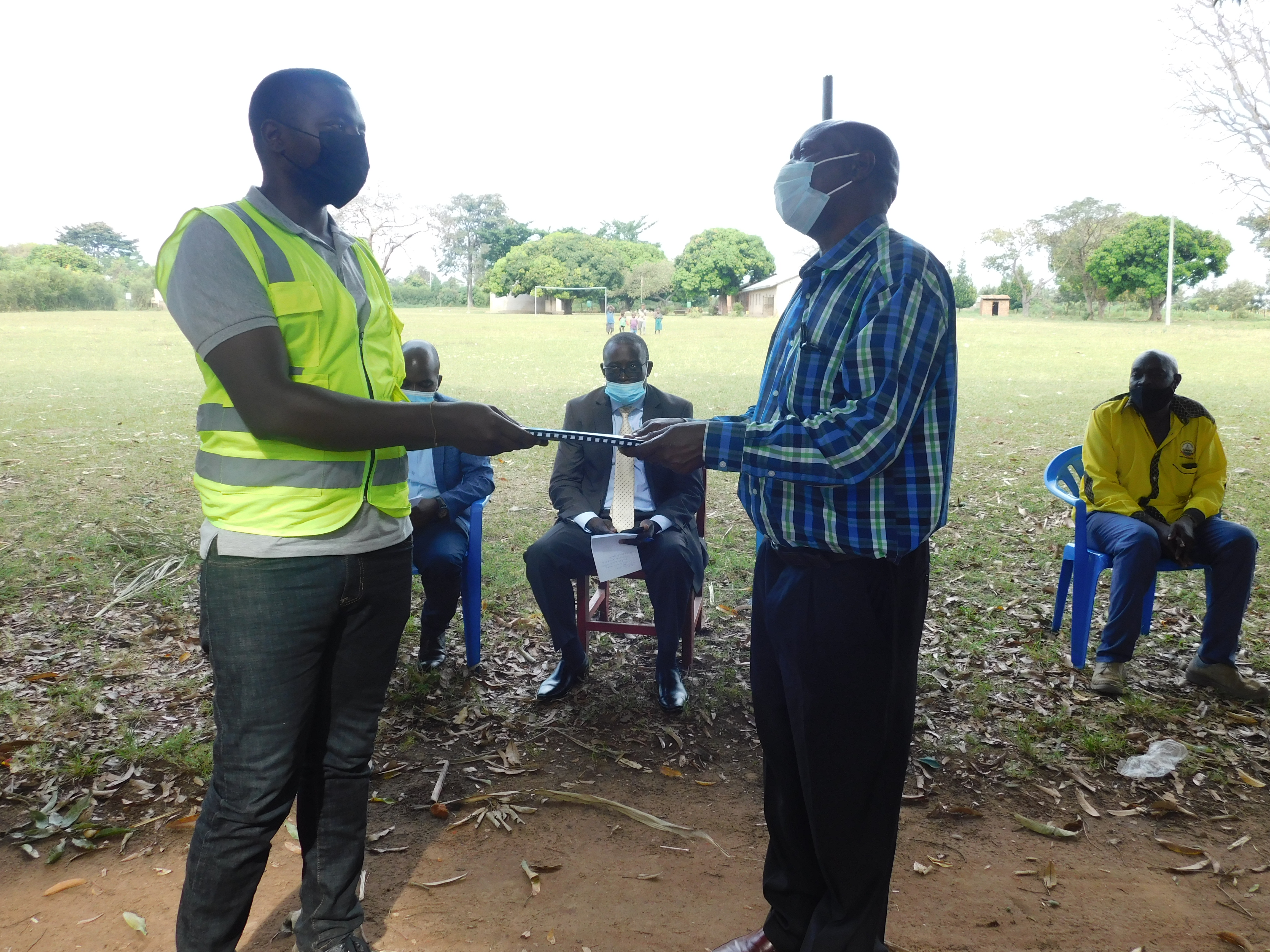